Have You Made Me Equal To Allaah? 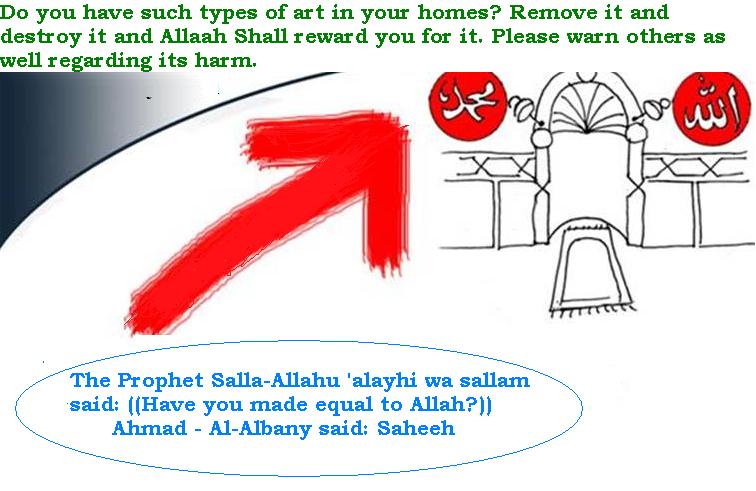 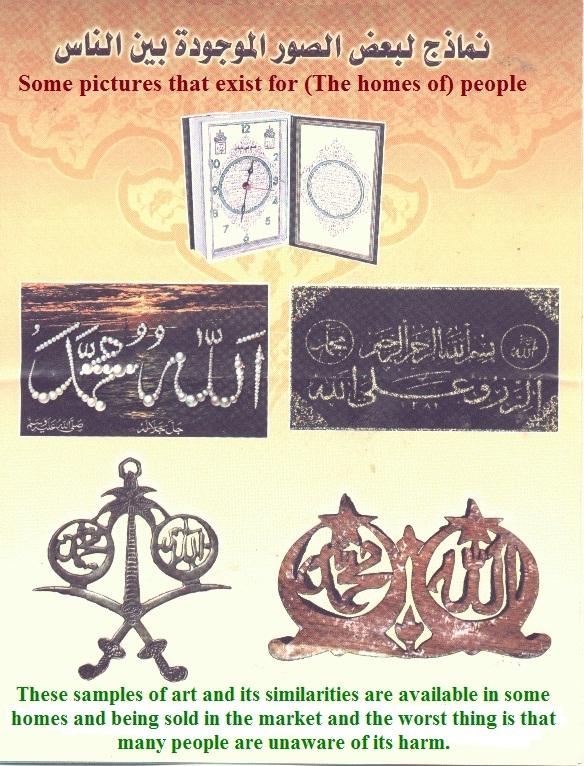 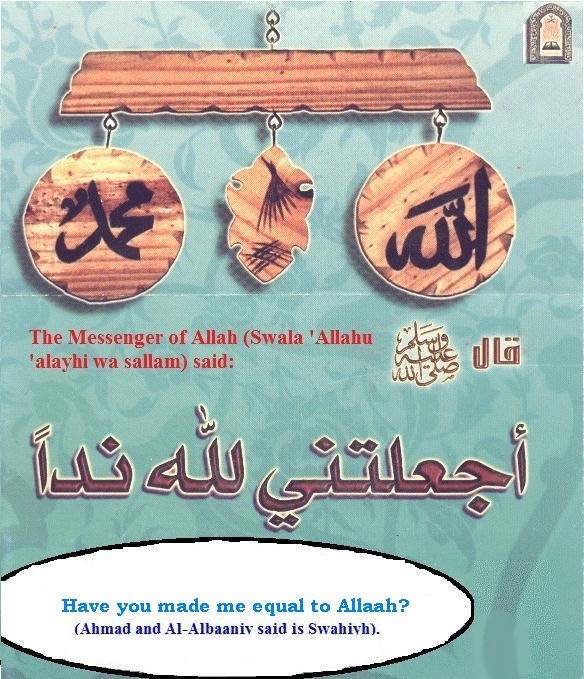 All praises belong to Allaah Alone, Peace and blessings to the one who, there is no Prophet after him.
Amma ba’d,
Fataawa al-Lajnah ad-Daaimah lil-Buhuuth al-'Ilmiyyah wal-Iftaaanalyzed  what has reached the main Mufti from the questioner ‘Abdul-Aziz As-Sayigh, of reference no 6860 9/11/1421H   whereby the questioner asked regarding the matter and here are the details of hisquery: (May Allaah Protect you). Due to the fear of what is occurring in this Religion and putting effort to stop what is causing the corruption of ‘Aqeedah whereby the bid’ah (innovation) has spread in this Ummah from the enemies of Allaah and His Religion, and the fact that people are easily following matters which they assume are minor, rather they are major, to the extent that removing its harm has become hard. This is similar to the case of the people of Nuuh and their images [when they started keeping the images of the pious slaves of Allaah and devoted themselves to them which subsequently became the basic reason of the worship of idols]. We are clearly demonstrating to you various images which were arranged side by side to each other; the right-hand side is the Name of Allaah ‘Azza wa Jalla and the other side the name of the Prophet (Salla-Allaahu ‘alayhi wa aalihi wa sallam). And I do not know what will come next! And some of the brothers have written to the Fatwa Committee regarding this request so as to follow up with the evil of ‘Aqeedah whilst hoping that you give your opinion which may be the solution and cure of removing this evil. May Allaah Grant you steadfastness and Reward you for benefiting His Slaves in his obedience. Aamiyn

After the research by the Fatwa Committee, the response is:
“It is not befitting to write  the Name of Allaah the Most High [Allaah] together with the name of the Prophet [Muhammad] on equal level in a paper or board [or materials]   or to hang on the walls  in any form. This is crossing the limits of the rights of the Prophet (Salla-Allaahu ‘alayhi wa aalihi wa sallam) and to make him equal to Allaah. This is among the matters the shirk which he prohibited himself in his statement:
((Do not extol me as the Christians extolled the son of Maryam [as]; I am no more than a slave [of Allah] and so [instead], say: Allaah's Slave and His Messenger))
Therefore it is obligatory to remove such pictures, images hanged on walls or written on papers erase them away wherever they may be,  so that we protect the ‘Aqeeda and to follow the wasiya [advice] of the Prophet (Salla-Allahu ‘alayhi wa aalihi wa sallam). Wa biLlaahi tawfiyq wa Salla-Allaahu ‘alaa Nabiyyina wa ‘alaa aalihi wa sahbihi wa sallam.

Verily writing the Name of Allaah (الله) one side and the name of (محمد) on   another side on equal level e.g.    (الله)  *** (محمد)     makes the one who looks at them think that they are of the same rank whilst the Prophet (Salla-Allaahu ‘alayhi wa aalihi wa sallam) corrected the one who praised the Prophet by telling him:
“It is what Allaah wills and you will” So he replied to him: ((Are you making me equal to Allaah? Say it is what Allaah Alone Wills!))

And if such writings are kept in front of those who pray, it shall be the cause of their distraction from their prayers. And the Greater Scholars’hated [and prohibited] the writing of anything in front of the Qiblah so that it doesn’t distract the one who prays. Thus it is not right to be written like that, I mean
(الله)   ***  (محمد).  Wherever it is seen written like that, it must be erased. [or removed and destroyed].
And in his explanation of the Book of  Prayer in ‘Bulughul-Maraam’ in the chapter regarding the Masjid, No. 16 on second side, the Shaykh said that, in brief, this kind of writing is small shirk.
Written by: Muhammad As-Saalih Al-‘Uthaymin 9/1/1420

All praises belong to Allaah Alone, Peace and Blessings upon His Messenger
Ama ba’d,

Narrated by Ibn ‘Abbaas (Radhiya-Allaahu ‘anhuma) that a man asked the Prophet (Salla-Allaahu ‘alayhi wa aalihi wa sallam): “However Allaah and You Will” He replied: ((Have you made me equal to Allaah? Rather say: If Allaah Alone Wills)) [Ahmad]

And the most evil footsteps of the satan is leading the people into shirk by them overstepping the limits of praising the Prophets and the righteous slaves of Allaah. And the Prophet (Salla-Allaahu ‘alayhi wa aalihi wa sallam) warned:
((Beware of exceeding the limits [of Din by exaggerated praise], for it was only this which led those before you to destruction))   [Ahmad, An-Nasaaiy, Ibn Maajah]

Verily the right of Prophet Muhammad (Salla-Allaahu ‘alayhi wa aalihi wa sallam) is to believe [his statements] and to comply to  them openly and secretly. And our love for him should be greater than the love of our parents, children and all people, but this love should not reach to be equal in state with the love of Allaah [by rasing his rank equally to Allaah].
Tags
Shirki-Kufru
Related Article 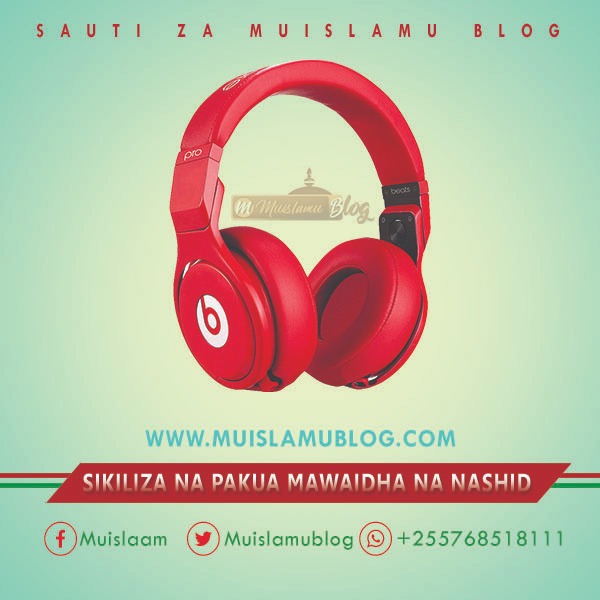 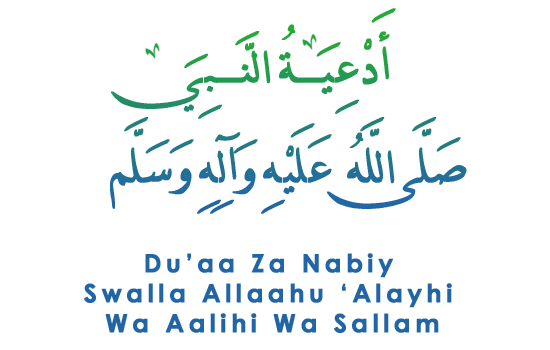 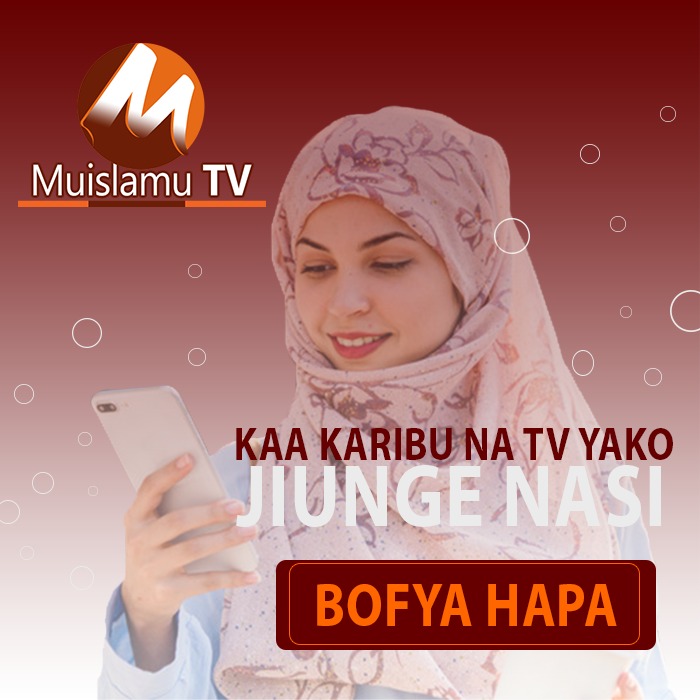